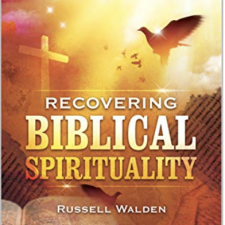 Coming to Jesus is not spiritual retirement. Entering into God’s rest is not inactivity. In God’s rest, natural activity will increase, capacity for responsibility will increase because of His enabling grace. Jesus’ answer, “I am the bread of life,” indicates that our faith is not in what He does but in who He is. Not what is He going to do to justify our faith, but what are we going to do with who He is? He is our righteousness, our healing, our provision, our deliverance, our salvation. What are we going to do with who He is?  He goes on to speak of Himself as the corn of wheat that falls into the ground. He was ground and broken on the Cross. The morning of the resurrection was the feast of firstfruits when the prepared bread of life was offered to the world by the High Priest. This is Paul’s commandment to the Thessalonians, “eat your own bread…” The prophet Isaiah further declared, “deal thy bread to the hungry…”

In the Old Testament Jesus was typified in the offerings of meal and bread offered by the Levites. The two “wave” loaves represent both Jesus as the bread of life, and also the body of Christ as “one loaf in the Lord.” The priest would wave these loaves at the time of firstfruits over two slain lambs. Jesus was raised from the dead at the very hour when the High Priest waved these two loaves over the two slain lambs. Jesus was the first Lamb, slain from the foundation of the world, the second lamb represented you and I, crucified with Christ to the beggarly elements of the world.

When Jesus spoke of Himself as the “bread that came down from heaven,” the Jews became angry. They wanted Jesus to DO something, but Jesus indicated that His power lay in who He was, not what He did. Likewise today, the obligation to DO something falls on us: BELIEVE ON HIM WHOM GOD HATH SENT. Jesus has done it all! He has paid it all. He has sat down at the right hand of the Father waiting for His enemies to be made His footstool. The Christian religious system says, “just be who you are and let Jesus pay it all…” The Bible teaches, “Let Jesus be who He is (the Bread of Life), and you go and ACT on that reality.” The Jews murmured at this. Jesus’ statements put the pressure on them. They didn’t want Him to be something; they wanted Him to DO something. These “humble” people who were pleading for the loaves and fishes suddenly began accusing and complaining. The human reaction to God’s seeming inactivity is always murmuring. “You haven’t done enough, God! Our need is unmet!”

In the days when Israel wandered in the wilderness, they grew weary of the Mannah and cried out for something new, something different. Just like people today. They are hungry, their spiritual needs are unmet, but rather than question themselves and see their “welfare mentality,” they murmur against God, and against the church. The man at the pool of Bethesda was unimpressed with Jesus. He didn’t measure up to what he perceived his needs were. The five thousand did not want relationship with Jesus. They simply wanted the benefits package that went along with being His followers. The Mannah met the nutritional needs of the children of Israel, but it did not satisfy all their emotional needs or titillate their emotions. That which ministers to the spirit of man will not always minister to the soul of man.

Who gathered the Mannah? Was it the Levites? Was it Moses? No, it was the people’s responsibility to gather it up. Did the Mannah come ready to eat? No, it required work to be made palatable. After it was gathered and prepared the taste of it was like fresh oil (anointing). The ‘fresh anointing’ is something heard about quite a lot these days. This refreshing will only come upon those willing to work and show themselves good stewards of the present grace. It is not going to come to a group of people waiting on ‘hamburgers from heaven.’

The Mannah appeared every morning at the same time the dew freshened the desert sand. Moses said in one place that his doctrine would distill as the dew. The dew represents the word of God. The Mannah is the bread from heaven. The fresh oil is mingled with the Word of God. The people were to gather every day. You can’t live on one natural meal a week, neither can your spirit live on one meal a week. You must feed yourself the bread of life every day. If you are locked into putting your expectations on a preacher, you will starve because he can’t give you all you need, and even if he could, God’s curse is on you if you don’t gather your own Mannah for your own household.

Moses recorded that they gathered the Mannah at a “certain rate” on a daily basis. There is a certain measure of Word that is available to you on a daily basis. They were to gather the Mannah, “every man according to his eating…” The one that eats is the one expected to do the gathering. The Lord will see to it that what you do gather will be enough to meet your needs.

The Mannah was like oil and honey. Oil is symbolic of the anointing. Honey is a type of the prophetic word. There was a prophetess in the book of Judges named Deborah, and her name means “a bee,” a gatherer of honey. When you are called upon to nourish yourself and your household on the Mannah from heaven, it is more than dry Bible study. There will be living, life-changing revelation that will present itself to you. It will be sweet like honey to your inner man and have anointing power to bring deliverance that you will never get from behind a pulpit. Moses never gathered any Mannah for anyone. But he trained the people how to gather it for themselves. This is the job of the fivefold ministry: To equip and train the body of Christ how to care for itself.  Jesus gives Himself not only for your nourishment but also for the life of the world. He is expecting you, not only to feed yourself but to feed others on the Mannah that you gather. The prophet Isaiah said that God’s chosen fast involved “dealing your bread to the hungry. ” The great commission is going to be fulfilled by those proclaiming, “Christ in YOU, the hope of Glory.” They will be a mature people, able to nourish themselves and others from the Living Bread that resides within their own heart.

Like King David, they will not wear another’s armour but will rely on what they have seen and personally experienced. God is calling His people back to the centrality of a personal relationship with Jesus. The Church of God was never meant to be compensation for spiritual immaturity. You can reclaim the Spiritual Heritage provided you on Calvary. Jesus stands before you now, saying, “Will you be made whole?” Get your eyes off the next move of God for the visitation of His Spirit is in you now. He has been there since you were born again. Look to Him. Feed on Him. Share Him with others.