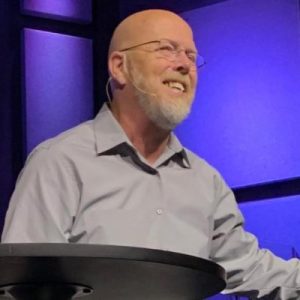 The Father says prophesy to South Africa. Oh, South Africa! I have adorned your gates with fair colors and your foundations with precious stones. I have adorned you with favor and I have poured out upon you My goodness. I have brought you to a new day and a new season. I declare to My sons and My daughters in South Africa and to those FROM South Africa who are living in other countries and in America especially that this is your kairos moment. The deeps are opening up to you – even the deeps of My Spirit to bring a great harvest and a great unveiling of new, fresh, truth, established of old and renewed in this generation that you might come into your possession and lay hold upon those things that I have promised even through my servants and through my prophets.
Regime change has come. New authority is coming upon those that will come out of obscurity and into new station and authority and glory. Over South Africa it shall be declared holiness to the Lord and over South Africa it shall be known that my name shall be called holy. You shall no longer be forsaken. You will not be orphaned and you will not be widowed. Out of desolation will come new life and out of barrenness shall a generation of youth come forth in rejoicing in the outpouring of My Spirit.
To the apostles of South Africa that I have brought to American soil the Father says you have not come to this land in vain. You wondered and you have pondered for the travailing has been long and the harvests have been lean. Know that the time of greater harvest has come. I have raised up generations of South African apostles to leave their shores and come to America that you might pay the love debt of John G. Lake. As John Lake laid his life down as an apostle for the people of South Africa so I have called you to come to America and lay apostolic foundations that will not be broken or torn asunder by the enemy. The enemy has taunted and the enemy has said America is mine but I am changing all of that.
To the South African apostles who have come to America I say this is the year that my treasuries are being opened to you. You will build and lay foundations. You will build stadiums for my glory. You will build buildings on a scale that has never been accomplished in America for the gospel and they will never host a sports event or entertainment event. You will build great edifices that will be sanctified to My name and My purpose. It will be a sign and a wonder. The networks will come with their cameras and with their reporters and say what is this that is being done and you will say and you will declare this is the Lord’s work and it is marvelous in our eyes.
The lost will come and the wayward will come says the Father and to those South African apostles I have called to America the lost and the wayward will repair crying out for a touch from Father God in their lives. Broken lives will be restored and blind eyes will be opened. The gospel of the kingdom will be preached in America as it has never been preached in this generation with signs following and you – My South African apostles will be the founding fathers of a new great outpouring in the nation of America says your God.
So, I say to my South African sons and daughters in America be faithful to that which I have called you to do. The miracles that they have said will never be done in America will be done by my men and my women from South Africa who have obeyed my command to come to this country. The dead will be raised. Signs and wonders will be performed in front of global viewing audiences and a sound will go up from the earth of 10s of 1000s crying out for a salvation experience. A news anchor will see this on live television and openly convert on their air for all the world to see. I will crush godless secularism on its own ground and I will use you to do it says the Father. You are my instrument. You are my chosen ones – My apostles from South Africa that have come to these shores, the shores of America. Be faithful. Faint not. Be faithful to that which I have called you to do and I will perform it and establish it and no man will be able to gain say that which I have promised says your God.