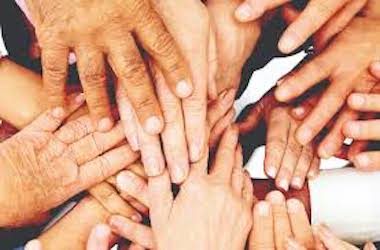 What is an Ecclesia?

It doesn’t take a person with any great insight to know that the church and Christianity as a whole have been going through an uncomfortable transition. In Western Europe, Christianity has been waning for many decades. COVID has accelerated this. In the United States, 30% of people surveyed by the Pew Research foundation are religiously unaffiliated. 80% of all those who consider themselves unaffiliated or “nones” are not looking for a religion that would be right for them. George Barna of the Barna Research Foundation predicts that at the current rate of decline, the United States’ religious demographic will match that of Western Europe within ten years. One writer addressing this statistic of decline warns:

“As a people, Christians need to wake up and recover cultural relevance, or we will become like the Amish, and people will drive by our churches and remark how quaint we are.”

Christian culture is adrift. It is in our best interest to look again at the rudiments of our faith to discover if there is some way we can realign our thinking and our practice with those Christians who, in earlier centuries, were so effective at influencing the world around them. There is no other time in history beyond the first century that maintained a stronger influence on civilization than the early church. Fortunately for us, we have the record of scripture to reliably tell us how they thought and what they did that made them such a powerful force in their day.

For this writing and the sake of brevity, we will look at one singular statement made by Jesus himself about his purpose and what He expected to see his followers involve themselves in after His departure. In Matthew 16:18, Jesus said he would build something that he identified with the Greek word Ekklesia. This is a particular choice of words that has been diluted in our culture. Because of the passage of time, we have little understanding of what Jesus meant or how his listeners took what He said when He spoke of building an Ekklesia. We will therefore look briefly at Jesus’ statement and compare it with the translations of our day and try to find and correct the disparity between our understanding and what Jesus actually meant and how his hearers would have likely interpreted what He said.

Mat 16:18 And I say also unto thee, That thou art Peter, and upon this rock I will build my church; and the gates of hell shall not prevail against it.

This statement would have been of keen interest to those who followed the life of Jesus. Jesus was inscrutable to those around him. He was hard to figure out or to understand what His agenda was. Some had tried to make him king, and he refused. They tried to make him declare himself openly as Messiah, and he refused. The man was an enigma even to his most devoted followers. Now, at last, he states his purpose very plainly:

What did that mean to the people listening at the time? In our English bibles, the translators used the word church. The Old English word here is kirk, and it means belonging to a Lord. The word “kirk,” interesting enough, was also around in Jesus’ day (or, at least the Greek/Hebrew equivelant). We might wonder why He didn’t use this available word to describe what He was building. Had Jesus chosen this word, He would have said, “I will build My kyriakon doma (or, Lord’s house).”

Of course, Jesus would not have used the Greek language anyway as it was more likely his native tongue was Aramaic. Now we do have Aramaic versions of the bible, the most popular, which is the Peshitta translated into English by George Lamsa. So we should be able to look at the transliteration of this word in the Aramaic and know what word Jesus used, right? Actually, no, because the oldest Aramaic manuscripts we know of were translations of earlier Greek manuscripts. So the translators worked from spoken Aramaic in the original words of Jesus to written Greek and later into written Aramaic.

Therefore the earliest reliable word we have for what Jesus said He would build is Ekklesia. We could guess at what Aramaic word Jesus would use. It is possible He used the Aramaic word knista or atra. The word knista is the Aramaic equivalent of the Hebrew word synagogue. It is unlikely this is the word Jesus used however, because the early church in its activity never followed the pattern of the synagogue even though it was made up primarily and originally of Jewish people.

We have no proof of what exact Aramaic word Jesus used. However, based on history and what Jesus followers did with what He said, we can conclude that the most reliable term is not an Aramaic guess (knista or atra) or an English approximation (Church or Kirk from the Greek kyriakon doma) but the Greek word Ekklesia. What does it matter what translation we use to express what Jesus actually said in Matthew 16:18? Usually, it would matter very little because by and large, the translators of our most commonly used Bibles have done an excellent job of communicating to us the intent of scripture.

When you realize that the word Church originates from a term available to the sacred writers of the original manuscripts, you have to ask why they did not use the term kyriakon doma or Lord’s House in their writings. Perhaps because it does not adequately or accurately convey Jesus’ intent. We know they didn’t use this term because it is not found in any ancient manuscripts containing the words of Jesus in Matthew 16:18. The word found in these ancient texts, almost without exception, is the word Ekklesia. The term kyriakon doma is translated into English as the Lord’s House. We call our church today the house of the Lord or the Lord’s house, and in the Old Testament, the writers referred to the Jewish temple as the House of the Lord (Psa. 23:6, Ez. 7:27). So the idea of an actual building as the center of worship was a practical one and quite common from Old Testament times right down to today. If you are going to gather people together for religious activities, the most common-sense way to do so is in a building constructed specifically for that purpose.

Let us focus on the actual words of Jesus to bring us as a people and come back to the clarity of what Jesus actually died to bring about. He did not go to the cross to establish a religious system or put buildings with steeples on every street corner. From Nehemiah’s time, we had a perfectly good Jewish religious system and buildings to serve its purpose throughout the Mediterranean. In this day we live in, God is asking us to surrender church as we know it for church as He wants it. Change is upon us. We either cling to the familiar or yield to the Lordship of Christ to become something more than we know and grow into a modern-day, robust, culture-confronting force in the earth.

What did Jesus intend to build? Whatever His purpose was, He used the term Ekklesia to describe it. This was not a religious term in Jesus’ day. Neither was the term, Apostle. These were secular terms not unknown to the ancient world. When Jesus said Ekklesia, the people listening didn’t look at each other, questioning what He meant. They knew instantly what He meant because the term was well known to them. The term Ekklesia was common in both Roman and Greek culture. It described a body of men called together for a governmental purpose.

That being the case, we might compare it in our day with the congress or parliament. This, however, would not be entirely correct. The Ekklesia in both Roman and Greek culture was indeed a legislative body, but its primary purpose was militaristic. The Ekklesia was made up of men with at least two years of military experience who declared war and planned military strategy. They could not conduct business without a quorum of at least 6000 members.

When declaring war, they would choose a leader and finance the building of a fleet of ships which they themselves would man to follow their chosen leader into conquest. This leader was known as an Apostolos (meaning sent one or one from the fleet). When Jesus said He was building an Ekklesia, they knew He wasn’t calling a sewing bee. Every person listening to Jesus knew his words were a prelude to war.

Jesus did not die to seat you in an audience; he died to conscript you into an army. You have rank and jurisdiction. His government is upon your shoulders. You are a principality and a power in the earth. As you choose to CONVENE with others of like authority, then you exponentially bring pressure upon the powers of darkness that have lobbied for so long to deny you the victor’s crown. Lives will be changed. Families transformed. Cities taken for God and nations brought to heel under the purposes of God that will not be controverted because there is an EKKLESIA present in the earth whose members understand that it’s not by might, nor by power, but by My Spirit says the Lord.

This is what the Antioch church understood, and in so doing, they took two misfits from their ranks and sent them out by a governmental decree, and the world was transformed.

I say to you by the Spirit of God take your place. Stand up in your rank in Christ. Refuse to be denied. Reject passivity and doubt and begin to connect with those fellow regents of the Kingdom in the earth WHEREVER they will be found. We will THEN see the church as we have known it transformed into the church as God intends it, and the WHOLE EARTH will REJOICE in the OUTPOURED GLORY THAT RESULTS.