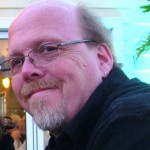 The Father says today that I am calling you to better behavior this day. Worthless associations pollute the ethics of My kingdom in your life says the Father. You have found yourself surrounded with what you thought where spiritual children but they were actually willful religious pygmies.
Do you know  the difference between a religious pygmy and a spiritual child? Religious pygmies refuse to grow and refuse to take responsibility for their own walk with God. I am calling you to sever your communion with these recalcitrants of the Kingdom. They have defecated on the soil of your faith and vision long enough. Love them, speak well of them and pray for them but do not associate with them as though they were your peers.
You are called to higher things says the Father. This is a serious time for you. You have felt that there was a hindrance you couldn’t put your finger on. Look around you. Look in the spirit at what you have been stepping in. Every time you try to rise up and take the mountain a religious pygmy was there to suggest “in their wisdom” why it was better simply to march in place. I haven’t called you to be a paper tiger or a tin soldier. I have armed you for the fight and commissioned you for the battle. Rise up says the Father and take your land!