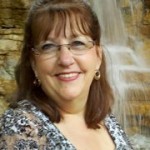 On Wednesday the 18th Prophet Kitty Walden hurried about her morning unaware that an angel was shadowing her steps. Running a few minutes late she dashed down a half cup of coffee and headed out the door down the three flights to her car. She stowed her briefcase in the back seat and headed out to the highway nearby.
Russ and Kitty had just returned from a three week working vacation to the west coast. Kitty was anxious to settle back in the office where she worked and assess the work load that was awaiting her. Her best friend and employer Denise greeted her warmly and set about bringing Kitty up to speed regarding the tasks at hand in the busy office Kitty managed for her friend. Early in the morning it was necessary to run an errand to the local big box store right around the corner. Kitty grabbed her wallet and buzzed right over to the store. She usually didn’t park on the left side of the store but it was closer to the door and so she turned the car off and headed inside with her list of items to purchase.
Hurriedly moving through the store Kitty wanted to rush so she could get back to her desk and the pile of work waiting there for her attention. This took longer than she would have wished because she had to retrieve items from two different sections of the huge department store. Finally she deposited herself in the check out line behind a queue of customers also waiting to pay for their items. She considered briefly shifting to the unattended check out but ruled against it. She didn’t have patience to listen to the computerized voice walking her through the procedure of paying for her items without the assistance of a “human” checker.
Completing her transaction she whizzed out the automatic doors with a cheery wave to the elderly greeter who smiled sweetly at her as she flew by. She loaded her bags (plastic not paper) into the back seat and turned to deal with the shopping basket. She glanced across to the nearest rack where customers could deposit their shopping carts. She almost never failed to return the cart to these racks as it made it easier for the parking lot employees to retrieve them from their proper place rather than gather them from all over the lot. This time she decided she was just in too much of a hurry. Carefully she maneuvered the cart between her car and the building and observed it for a moment to make sure it would not roll off. She didn’t want it to wander off and scratch some hapless shopper’s car. Assured that she had secured the cart in a stationary place she hopped behind the wheel and roared off back to the parking lot exit on to the highway. As she pulled out into traffic she noted a group of employees of the store nearby having a smoke break.
Arriving back at the office Kitty settled back in to her desk reminding herself to record the purchase in the books she maintained for the office. She reached for her wallet to get the reciept. Something was amiss. An alarm went off in her head as she realized the wallet was gone! Pushing down the rising panic she racked her brain and checked again. Her wallet with her cash, license and bankcards was gone! She could just imagine the inconvenience if it fell into the wrong hands! Leaving her desk she returned to her parking space and thoroughly checked the car. No wallet. In her mind’s eye she visualized the wallet in the “baby basket” of the shopping cart. In despair she realized had failed to retrieve it from the shopping cart before she drove off. She hurried back inside and told her fellow worker “I’ll be right back!!!!” and without explanation jumped in the car and made a mad dash back to the store.
Parking near where she had before she exited her vehicle. The cart was not where she had left it not 10 minute before. It was gone. The parking lot attendant was nearby gathering carts to return to the big bin inside that they were distributed from.
“No ma’am I haven’t seen a wallet” the young man informed her. “I’ve been working inside and just came out ….”
“Ok thanks!” she interrupted him and headed for the service department.
Thankfully there was no one in line at the customer service desk and she walked right up explaining her dilemma and her lost wallet. The clerk gave Kitty a sympathetic expression explaining that there had been no wallet returned. They shared a blank look between them briefly and the clerk asked Kitty to wait just a moment while she disappeared through a door behind the counter area. She heard muffled words and then a second employee appeared smiling at her.
A rush of hope for her lost wallet came to Kitty as the lady spoke up.
“What’s your name ma’am?”
“My name is Kitty!”
With that the smiling clerk produced Kitty’s wallet intact without one thing missing.
“Strangest thing” explained the clerk. “Several of us were outside in the parking lot taking a break in the designated smoking area. We were minding our own business and this lone shopping cart rolls across the parking lot all on its own and deposits itself right in the midst of all seven of us. We looked at one another and laughed. Then I saw the wallet – somebody must be looking out for you, lady!”
Thanking her profusely Kitty retrieved her recovered wallet and returned back to her busy day. Throughout the day the silent reminder of angelic protection warmed her heart with the assurance that God is ever looking out for each one of us in his kindness and grace!