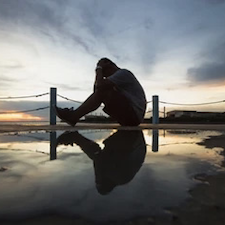 Paul also spoke on this subject in 1 Thessalonians:

[1Th 5:2-3 KJV] 2 For yourselves know perfectly that the day of the Lord so cometh as a thief in the night. 3 For when they shall say, Peace and safety; then sudden destruction cometh upon them, as travail upon a woman with child; and they shall not escape.

Does this mean we should live in paralyzed expectation? No, Jesus said, “occupy till I come…” To what end do we occupy ourselves? As v. 7 commends, in watchfulness, sobriety, and prayer. Above all things, we are to have fervent charity (or love) for one another. Is Christian culture today typified for its loving care among its followers? Are modern day Christians characterized by their willingness to cover the sins and shortcomings of its people? We cannot change what others think and do, but we can take responsibility for our own actions and thoughts toward those who falter and fail.

We are to show hospitality without grudging. Remember that in the ancient world the church was a people on the move because of persecution. Christians in cities where there was relative calm were always being asked to make room in their lives for refugees from cities where they had been driven out. It became known to Peter that the people were grudging the impositions laid upon them to help those that are fleeing persecution. What about you? Would you be willing to take in a person or a family in need? Peter reminds us that whatever we have of the blessings of life or the gifts of God we are to consider ourselves stewards that will answer for their actions.

There were prophets among the people and those who spoke utterance in Christ’s name. If a man speaks, Peter says in v. 11 let him speak as the oracle of God. If we serve or minister, we must do so with the ability that God gives in all things that we do that God may be glorified and that the sacrifice of Christ might be commended by our fervent and zealous willingness to so give of ourselves. To speak as the oracle of God means that we should not be tentative when we prophesy or in anything we do in Christ’s name. We should be bold, committed and resolute without hesitation or changing our minds afterward because of timidity.

Peter goes on to say (v. 12) that fiery trials are not to be considered a contradiction to faith. What trials is he talking about? The sufferings Peter speaks of in this letter specifically are limited to the persecutions and hardships imposed upon us from the unbelieving world. When we are persecuted, we are partakers of Christ sufferings that will ultimately yield the manifestation of His glory. If we are reproached (v. 14) we are to comfort ourselves knowing that the spirit of God and the glory of God rest upon us though we are evil spoken of. Nonetheless, the glory in suffering Peter speaks of doesn’t apply to all suffering (v. 15). If we suffer for crimes committed or for meddling in affairs not belonging to us, there is no gain in that.

It is essential to bear in mind that not all things we go through are because of our commitment to Christ. If we act with no wisdom or create problems for ourselves, we must be willing to humble ourselves and admit we are in error. When is the last time you admitted to yourself that you made a mistake or perhaps even committed and outright sin and suffered unnecessarily for it? Suffering for Christ is one thing. Suffering for our own shortcomings and errors is quite another. God stands with us in both cases, but we have to know the difference lest we arrogantly conclude we are always right and become self-righteous to our own hurt.=

Why is Peter preoccupied with this subject? Because in Peter’s view (v. 17) the time has come that judgment begins first at the house of God. We cannot proclaim or discern judgment coming against the world without it first being visited upon God’s people. Just because we don’t believe in the judgments of God doesn’t mean we won’t experience them. When judgment comes, people fall away. If the righteous scarcely be saved Peter declares what shall be the end of the ungodly and the sinner?

If you would like more intensive study, the Bible Correspondence Course is a Chapter by Chapter Study of the Bible from a Prophetic Perspective here