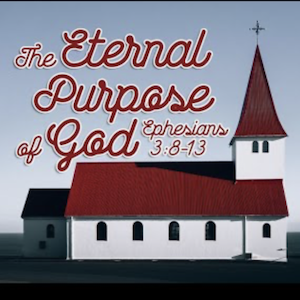 In Eph. 3 Paul declares much of the profound revelation disclosed to him in the years before his public ministry began. His words are confrontational and controversial in the extreme. Nonetheless, he writes without hesitation, encouraging the Ephesians to dare to accept the implications of Calvary in choosing them as the church of God to be the instrument of God’s glory in the earth.

[Eph 3:1-21 KJV] 1 For this cause I Paul, the prisoner of Jesus Christ for you Gentiles, 2 If ye have heard of the dispensation of the grace of God which is given me to you-ward: 3 How that by revelation he made known unto me the mystery; (as I wrote afore in few words, 4 Whereby, when ye read, ye may understand my knowledge in the mystery of Christ) 5 Which in other ages was not made known unto the sons of men, as it is now revealed unto his holy apostles and prophets by the Spirit; 6 That the Gentiles should be fellowheirs, and of the same body, and partakers of his promise in Christ by the gospel: 7 Whereof I was made a minister, according to the gift of the grace of God given unto me by the effectual working of his power. 8 Unto me, who am less than the least of all saints, is this grace given, that I should preach among the Gentiles the unsearchable riches of Christ; 9 And to make all [men] see what [is] the fellowship of the mystery, which from the beginning of the world hath been hid in God, who created all things by Jesus Christ: 10 To the intent that now unto the principalities and powers in heavenly [places] might be known by the church the manifold wisdom of God,

In chapter 3 Paul discloses in greater detail things that God revealed to him regarding the mysteries of the kingdom that up to this point he has not fully described. He wants the Ephesians to be more aware of his knowledge of what he calls “the mystery of Christ” that was withheld for 1000’s of years but it now made known not only to himself but to all his “holy apostles and prophets” by the Spirit of God. Some would take this as an indication that Paul considered the new faith to be a “mystery religion.” These were very much in evidence in the first centuries of the church under the general heading of Gnosticism.

Gnosticism was not descriptive of any one group but rather a subset of the Christian faith that believed that redeeming grace was received primarily through the disclosure of mystery teachings and revelations taught by their leading proponents. The apostles fought strongly against the beginning of this movement and even at that Gnosticism lingered into the fourth and fifth centuries, at one point threatening to engulf the whole of the church until the faith was codified by the councils conducted under the authority of Constantine. It is important to make a note of because in Christianity today much emphasis is made upon doctrine as the means of receiving salvation. In other words “I am saved because I believe certain doctrines or sets of doctrines…” Doctrine is certainly important, but doctrine does not save us. Salvation is brought about by the new birth experience as Jesus articulated to Nicodemus “you must be born again…” We are not born again by virtue of a teaching or accepting a proposed truth. We are born again according to Rom. 10:10 by believing in our heart that God raised Jesus from the dead and confessing openly and verbally that Jesus is Lord of our lives.

What is Paul’s great mystery? He speaks from a Jewish perspective in revealing this. The secret hidden until his time is that the Gentiles (non-Jewish people groups) are now fellow heirs of salvation through Jesus Christ. In other words, the redemption planned by God and foreshadowed in the law and the prophets is not a Jewish-only consideration. This was very controversial because Jewish hatred and bigotry toward non-Jews ran extremely deep at this time in history thanks to the scribes, Pharisees, and Sadducees, the very same elitist leadership who colluded in and rejoiced at the crucifixion of Jesus.

This message of inclusion is in Paul’s understanding the entire encapsulation of the calling of God upon his life (v. 8). Paul’s mandate is to preach among the Gentiles the unsearchable riches of Christ. This is an interesting admission because throughout his life Paul continued to return to the Jewish people and specifically to Jerusalem which eventually led to his imprisonment and death. Paul’s longing (v. 9) is that all men see the fellowship of the mystery not only that the Gentiles are included in the redemptive plan of heaven but that Jesus (recently crucified) is in truth the Messiah and not just the Messiah as a human deliverer but God in the flesh by whom all things in heaven and earth are created. As believers, we accept these things without question, but in Paul’s day, these statements were fantastic and against everything both Jews and Gentiles held as their own personal beliefs in their respective cultures.

This message – the message of the supremacy of Christ is being brought forth (v. 10) to the intent that now to the principalities and powers in heavenly places might be made known by the church the manifold wisdom of God.

Cash App: $Propheticnow | Zelle: "propheticnow@gmail.com"
(If you use one of these two options please send us your e-mail and
donation amount to katie.kahrefhm@gmail.com so we can properly credit your gift. Thanks) 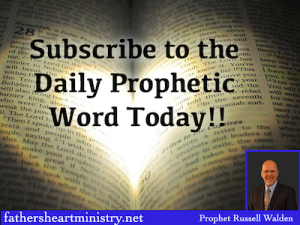