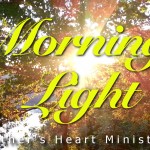 We know what David will do. He trusts his maker. He would rather fall into the hands of God than into the hand of man. In our ministry we have had people who presumed to “turn us over to the devil” for the destruction of our flesh to the saving of our soul. They model this after the apostle Paul but they fail to make note that shortly after doing this Paul himself was assaulted by a “messenger from Satan sent to buffet” him because of pride. When I have heard this my response is “don’t turn me over to the devil – why would I be worried about the losing team? Turn me over to God – he’s bigger and I trust him!”
The angel goes through Jerusalem and the loss of life is great. David cries out to God that he himself should suffer the consequences. The angel of the Lord hears David’s intercessory cry and directs that an altar should be set up at the threshingfloor of Ornan.
21 And as David came to Ornan, Ornan looked and saw David, and went out of the threshingfloor, and bowed himself to David with [his] face to the ground. 22 Then David said to Ornan, Grant me the place of [this] threshingfloor, that I may build an altar therein unto the LORD: thou shalt grant it me for the full price: that the plague may be stayed from the people. 23 And Ornan said unto David, Take [it] to thee, and let my lord the king do [that which is] good in his eyes: lo, I give [thee] the oxen [also] for burnt offerings, and the threshing instruments for wood, and the wheat for the meat offering; I give it all. 24 And king David said to Ornan, Nay; but I will verily buy it for the full price: for I will not take [that] which [is] thine for the LORD, nor offer burnt offerings without cost. 25 So David gave to Ornan for the place six hundred shekels of gold by weight. 26 And David built there an altar unto the LORD, and offered burnt offerings and peace offerings, and called upon the LORD; and he answered him from heaven by fire upon the altar of burnt offering. 27 And the LORD commanded the angel; and he put up his sword again into the sheath thereof. 28 At that time when David saw that the LORD had answered him in the threshingfloor of Ornan the Jebusite, then he sacrificed there. 29 For the tabernacle of the LORD, which Moses made in the wilderness, and the altar of the burnt offering, [were] at that season in the high place at Gibeon. 30 But David could not go before it to enquire of God: for he was afraid because of the sword of the angel of the LORD.
David builds an altar and offers at Ornan’s threshingfloor. The angel stays his hand and puts his sword up in its sheath. Notice that David doesn’t just build the altar but actually buys the threshingfloor. Astoundingly in all this calamity this is where the temple of Solomon will be built. Ornan tries to give David the threshingfloor but David refuses to receive from the Lord that which costs him nothing. This is a lesson that Christian culture is largely tone deaf regarding. Many Christians rebel against giving as though everything that comes to them in the name of Christ is expected to be free of charge to them. We see this occaisionally and the quote often comes “freely you receive – freely give…” This is not what Jesus is speaking of because he says in the same passage “the workman is worthy of his hire”. The “freely” statement means “undeservedly” not without recompense in some fashion.
God hears the cry of David and in the midst of the greatest sin and resulting calamity in his rule the ground for the temple of Solomon is now secured for posterity.