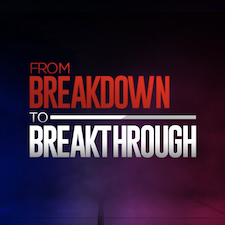 7 O [thou that art] named the house of Jacob, is the spirit of the LORD straitened? [are] these his doings? do not my words do good to him that walketh uprightly? 8 Even of late my people is risen up as an enemy: ye pull off the robe with the garment from them that pass by securely as men averse from war. 9 The women of my people have ye cast out from their pleasant houses; from their children have ye taken away my glory for ever. 10 Arise ye, and depart; for this [is] not [your] rest: because it is polluted, it shall destroy [you], even with a sore destruction.

11 If a man walking in the spirit and falsehood do lie, [saying], I will prophesy unto thee of wine and of strong drink; he shall even be the prophet of this people. 12 I will surely assemble, O Jacob, all of thee; I will surely gather the remnant of Israel; I will put them together as the sheep of Bozrah, as the flock in the midst of their fold: they shall make great noise by reason of [the multitude of] men. 13 The breaker is come up before them: they have broken up, and have passed through the gate, and are gone out by it: and their king shall pass before them, and the LORD on the head of them.

In verse 7 Micah asks the question “why are all these things happening?” He asks the theoretical question “is the spirit of the Lord straightened”. What this means is “is the spirit of the Lord discouraged…” Has God given up being God and therefore calamity has come upon the nation? In 1882 Fredrich Neitzche declared “God is Dead” because he saw nothing of providence in the world around him. Micah says no, God is not dead – but His hand is restrained because the people are not walking uprightly as a nation. In v. 8 Micah observes that even in the present distress of impending invasion they people are risen up against the faith of their fathers assuming that they will be at peace and determined to live life as they choose without any accountability.

Verse 9 describes the coming fall of the northern kingdom as a time that women will be cast out of their houses, and their children being taken into captivity. In any time of national ruin, women and children are the first to suffer. In the western world, children are victimized and women have been objectified in dimensions that are difficult to measure. In public life, sexualization of our culture has become so inextricably linked with femininity that it is difficult to separate salaciousness from popular concepts of beauty and feminine grace. In v. 10 Micah declares the nation is polluted with sin and therefore will be destroyed with a sore destruction. In verse 11 false prophets are identified as those who never called upon the people to do anything but what was already in their heart. Because of this their only end will be captivity, which eventually befell both the northern kingdom of Samaria and the southern kingdom of Judah.

Is there no hope extended by God at all in this situation? We see things taking place among nations, and great difficulty on every hand and we wonder “what is God doing?”. Verse 12 tells us – that God is working to assemble a remnant of His people that He will bring together as a well-tended and a protected flock, a greater multitude that will gather to Him by the drawing of His Spirit. Verse 13 declares that the “breaker is come” which means “the one who breaks out” who will lead the people as their king (speaking of the Messiah) under rule of God and the establishment of the kingdom of God upon the earth.

For PDF and Video of Entire Message Click Here