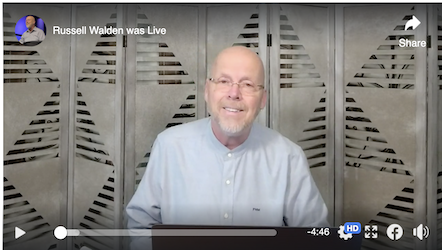 (*Note: see clarification at the end of this transcript)
This word is for those prophets who repented over predictions they made during the election cycle. The Father says you have nothing to fear or to be concerned about, for I heard, and I saw, and I witnessed the humility with which you have acted in this matter. You prophesied in your plenty, and it cost you plenty; therefore, I will restore your plenty of all that you risked. Everything you laid on the altar, I will give back a hundredfold, for I am a God that recompenses those who understand that humility is the greatest weapon of spiritual warfare you can wield in the earth. Your enemy does not understand humility because he has none and because they have none. When you moved in humility in this matter, the enemies’ crosshairs could no longer find you. The enemy could no longer guess what you would do next, so know that you have escaped from the snare of the fowler, and now in blessing, I will bless you, and in your contrition, I will set you on high and cause you to ride on the high places of the earth.
I know, says God some came out against you even as Shimei came out against David when he fled from Absolam. They have salted you with salt and added insult to injury, and now I will salt them and cause them to know not to touch the anointing that I have placed on imperfect vessels. I will defend you, and I will protect you, and they, many of them your detractors, will come and make peace with you because they will see the sword of Damocles hanging by a thread over those things that they care about, and they will repent quickly.
Now there is an immediate instruction for you, says God, for I will not have you languishing in this condition. I say to you – fast three days and shut yourself in your house. You know your enemies will not fast, and you know they will not humble themselves, but I know that you will. Fast three days and afterward wash your face and come out of your house with the fierceness of the anointing that I have placed as a mantle of the Lion of Judah upon you. Come forth and speak a word that I will put in your mouth, and from that day forward, not one word, not one word that you speak, will fall to the ground, says the Father to His repentant prophets.
*Clarification. After publishing this word my friend Steve Shultz was kind enough to give me some counsel relating to it. Steve is wiser and more experienced in public matters so I appreciate him taking the time to reach out. I count Steve and Derene among my dearest friends. They reached out to me after the death of my spouse and render much-needed comfort to me when I needed it most. As to clarification of this word:
1. A word of apology: In this word, there is mention of detractors against certain prophets who recanted predictions they made related to the election. This reference was not to Trump supporters in general or to the many people who simply dissent with what these prophets like Jeremiah Johnson had done in reversing themselves regarding the election. There is a difference between a dissenting view and being a detractor (in my mind). This was speaking of those who have responded with scorn, malice, hatred, and vitriol against those who reversed themselves on the election results. I have many friends and supporters who are standing in faith for the reinstallment of our president and I applaud their courage and determination. For creating misunderstanding in this matter I sincerely apologize to you.
2. My stand politically and on the election. Some have drawn the conclusion that I am anti-Trump. That would be incorrect. For a complete treatment of that issue I would refer you to a word I put out a few days ago “And the Good News Is…” at this link: https://youtu.be/4jE3soFhxuI
3. Additionally I will share something that I only told Steve Shultz and a few close friends: In September, early October I had a dream that the details were that President Trump won the election by a “Nixon Landslide.” I had never heard of such a thing but after some research found that it is a term in political science. If that be so then what happened? It doesn’t take a prophet to review the election and see just what took place in terms of what was done to bring about events as they are today.
4. As to the content of this word, I do not retract a single line of it. These men and women who reversed themselves on their predictions deserve mercy. We can offer them nothing other than the same clemency God extends to us through the work of the Cross. Those who are acting and speaking in unkind, unmerciful ways are forsaking their own mercy. Remember the law of reciprocity. What goes out from you toward others will be revisited upon you in manifold measure.
5. Lastly I would remind those reading this that the prophetic is an imperfect gift. The scripture plainly states that we see in part and know in part, that we see through a glass darkly. Those who demand explicit accuracy in all things prophetic are regarding prophetic office as little more than being psychics, clairvoyants, and palm readers. This is one reason why the prophetic movement is in shambles today. Attitudes must change. Both prophets and those who look to them must adopt and promulgate a biblical perspective on prophetic gifting for everyone’s sake.
Thank you for taking the time to review this clarification. If you would like to ask me further questions or would like to comment to me personally my e-mail is: russellwalden@gmail.com
Add feedback