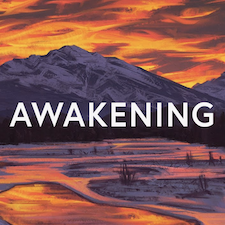 How will the Next Great Awakening Come?

There is coming ahead for the church in America and the Church in the Western World, what will be called “the Great Disillusionment.” The Establishment Church in America is going to be disenfranchised in the public arena in such a way that they will come to realize that God Himself is their only hope. As a result, they will turn from false dependencies and begin to pray on an unprecedented scale. They will cry out to God as they did in the Great Depression, and in answer to prayer, God will send this outpouring. He will answer their prayer, but they will not understand the answer He sends. As a result, the Establishment Church will become a part of the problem rather than a part of the solution.

The Great Awakening in Western Europe:

In spite of the lack of endorsement from established churches and groups, this movement will ignite in the city of London and in Northern England and Northern Ireland. Africa will pay its love debt to the United Kingdom for its missionary efforts on the Dark Continent during the days when the sun never set on the British Empire. Out of the Arabian Peninsula will come young, apostolic reformers inspired to come to Christ by the martyrdoms of young westerners. They will come out of the ranks ISIS, Al-Qaeda, and other Jihadist groups. Some will have been persecutors of the faith just as the Apostle Paul was in his day. They will leave the so-called apostolic leaders of the Western Church in total disarray and unable to reply to the burning intensity of these passionate young Arabic apostles. They will be called false, Jihadist spies, anti-Christ, etc., but their ministries will be vindicated by signs, miracles, and wonders. Homeland security will attempt to apprehend them and be unable to because angels will protect them.

Be a Participator and Not a Spectator:

What is your part? Are you willing to be an advance worker in this outpouring? Are you willing to place yourself in advance of this outpouring as Father David Nash did in advance of Charles Finney’s revivals? Nash would go ahead of Finney a year ahead of time to pray for revival, and when Finney showed up, people would run out of their homes begging for repentance, and whole communities were transformed. When Nash retired, Finney quit preaching revival because the power was gone. The power of the preaching is not in the pulpit but in the people who pray and travail for those called to preach the gospel. Are you willing to be a part? Are you willing to pray into this? Or are you going to sit back and observe with a wait and see attitude – to which posture the KINGDOM WILL NEVER COME?

We are Dependent Upon the Holy Spirit:

We cannot make this outpouring happen. But we can stand in testimony of it and speak into it, pray into it and lean into it with our faith. This prophesied revival will not happen if we merely wait and wonder and roll our eyes at every newcomer to our city, seeking God’s promise here. Jesus said in Luke 17:20, 21, “that the Kingdom doesn’t come with observation.” We must do something. What must we do? John Wesley said, “God will do nothing but in answer to prayer…” The Lord told me one day – “I am perfect, sinless, resurrected, and at the right hand of the Father. If I have to pray – you have to pray.”

God is calling us to a decade of prayer. Will you pray? Will you persevere in prayer? Will you pray “until”? We don’t need a prediction or a prophecy to know we need a resurgence of godliness and spiritual hunger in our land and in the world. God is calling on us to pray out what He has already determined in His sovereignty to do. One writer in a book titled, Let us Pray, says this:

Throughout the scriptures, God always engaged in destiny with men and women who were altar builders. The evangelical movement, as we know it, is dead. It died in the one generation it took to remove the altars from our churches and replaced them with coffee bars, smoke machines, and church as entertainment. A new great awakening is coming, and it is our privilege to pray into it till it manifests.

Click Here For More Information on the Book, “The Next 50 Years: A Prophetic Perspective”